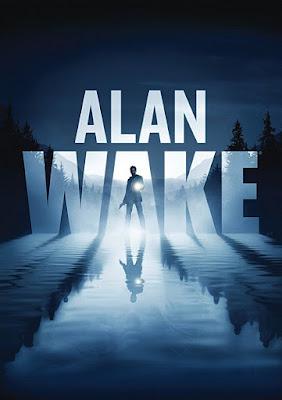 Pretty much anyone who knows me knows that I’m a gamer and that I spend a lot of my free time playing video games. Anyone who knows me well knows that my absolute favorite game of all time is Alan Wake and that I literally never shut up about it. Yes, even almost a decade after its release, I'm still talking about it. It's that good. I'm sure I'll be talking about it for the rest of my life. And I'm not the only one. Today, fans from all around the world are celebrating its eight year anniversary by discussing their favorite moments from the cult classic and opening up about what the game means to them. If you haven't played Alan Wake, I hate you, and you should immediately stop reading this article and go play it.

Alan Wake was created by Remedy Entertainment, the incredible think-outside-the-box studio fronted by Sam Lake that brought us the beloved Max Payne franchise and the ambitious and time bending Microsoft exclusive Quantum Break. Alan Wake was originally introduced to the world all the way back in the year 2005. Those of us who thought we'd be seeing the game soon after its reveal learned that we thought wrong. Fans waited and waited and waited and waited and waited for what seemed like an eternity for its arrival. After five long years of waiting, the game was released on May 14th, 2010, exactly eight years ago today, and the world - my world, especially - would never be the same. 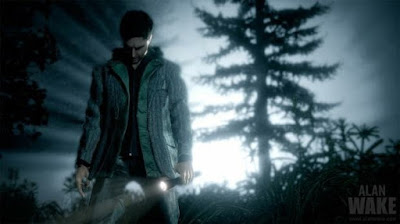 Alan Wake tells the story of a writer whose wife takes him to the idyllic town of Bright Falls to get away from the pressures of a big city life and to help him deal with a nasty case of writer’s block. There’s also the drinking, that whole blacking out thing, the self loathing, and a lot of other issues Mr. Wake has to deal with. Yes, Alan is a flawed human being with real problems you might actually be able to relate to - a refreshing take on a protagonist in a video game. Unfortunately, for Alan and his wife, Alice, Bright Falls is not what it seems to be. By day, Bright Falls is a small town oozing with charm and filled with friendly and familiar faces; by night, shadows come to life and sinister forces take over. After discovering that Alice’s true intentions for taking him to Bright Falls is to get him to see a therapist - not to enjoy a much needed getaway together - the two have a fight. Alan suffers another blackout and Alice vanishes. Pages from a mysterious book that Alan has no recollection of writing appear and are scattered throughout Bright Falls. To find Alice, Alan must find the pages, piece together what happened, and fight through dark and evil forces known as the taken. 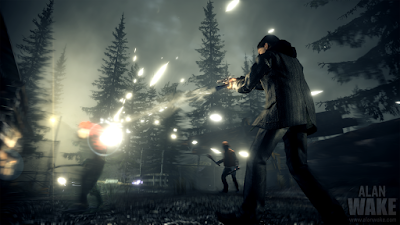 If I may derail this article for a moment and tell a personal tale... on April 25th, 2010 - just weeks before Alan Wake was released, my boyfriend unexpectedly passed away at the age of 29. His death blindsided me. It blindsided everyone. It left me broken-hearted and put me into a deep, deep depression that I don't think I'll ever fully recover from. By the time Alan Wake hit store shelves, I was far too devastated to play it. I bought it, but I couldn't touch it. I remember looking at it and wishing I could feel excitement again - anything other than the heartache I was feeling. I felt like I was trapped in a world of darkness and nothing and no one could pull me out. Several months passed by before I was able to convince myself to open the game and play it. Once I did, though, I was immediately addicted to it. It was as good as I had been hoping it would it be - better, actually. I buried myself into the game - into the crazy world that Remedy had created - and I allowed myself to feel something besides sorrow. As the game progressed, I found myself able to relate to the beautiful and profound ways the writers worked in literal and metaphorical references to darkness and light. And as Alan began to make his way through the forces of darkness, I began to work through my own darkness.

I doubt many people will connect to Alan Wake the same way I was able to — and that’s good. The game is a masterpiece and you don’t need to suffer a personal tragedy to love it. Feel free to appreciate it simply because it's awesome. One thing I love about the game is that it's a love letter to the mysterious, bizarre, and quirky styles of Stephen King and David Lynch. The game is full of subtle and not so subtle references to to their works and other works. I recommend playing the game at least twice just to try and catch all the references. As a whole, Alan Wake is smart, stylish, intelligent, full of action and suspense, and quite frankly - it’s fucking terrifying. Alan Wake excels at giving the player chills. I dare you to play it in the dark! As shadows dance around you and winds blow through the trees, you never know where the terror is coming from. Is it behind you? Is it above you? Is it inside you? This game will make you feel paranoid. Unless you can find the light, the darkness is coming and it can’t be stopped. 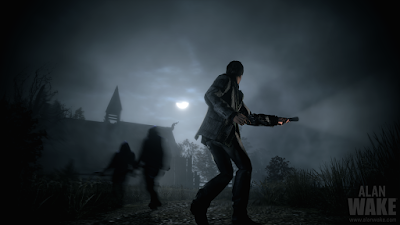 Alan Wake was originally released for the Xbox 360 and PC and was later re-released for the Xbox One as a backwards compatible title. It is currently unavailable due to music licensing - a situation that I’m sure is very complicated, but one that I hope gets remedied soon. See what I did there? Until that gets resolved, I highly suggest picking up a used copy of the game from eBay or Gamestop. Get the special edition if you can - it's worth it. Alan Wake also features an incredible soundtrack, a delightful a.m. radio talk show, a chilling live action TV show called Night Springs - a clever and nightmarish nod to the Twilight Zone that Alan used to write for (and you thought Scream was meta with Stab!), and an ending that will leave you speechless. I'm still speechless. Yes. This is me being speechless. Remedy went all out to promote this game, releasing a 6-part live action mini series prequel to the game called Bright Falls. This mini series features a jump scare that scared me so badly I still remember it eight years later. Geez. There were also building sized posters and light fixtures hung up in major cities around the world to help spread the word. 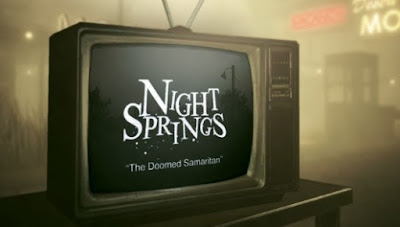 I’ve replayed Alan Wake more times than I can count and every time I play it I fall more and more in love with it. It’s seen me through some extreme lows and some extreme highs. I’ve literally played it with tears in my eyes and I’ve played it with my hands over my eyes. Did I mention it’s really fucking scary? As I write this article, my mom is currently in the hospital dealing with a serious illness. I had no plans to update this site until she gets better... if she gets better... but I had to acknowledge Alan Wake. I love this game so much. Thank you for this brilliant work of art, Remedy. A lot of people worked hard to bring this vision to life, and I appreciate it tremendously. I couldn’t love this game more if I tried. Sam Lake, especially, is a twisted genius and a mad man who I love to death. Someday, I hope I can create something as memorable as he did with this game. I'm keeping my fingers crossed and praying that we get an Alan Wake 2!!! For the love of Jack Joyce, make it happen, Sam, I'm not getting any younger!! Until it does, happy birthday, Alan Wake. 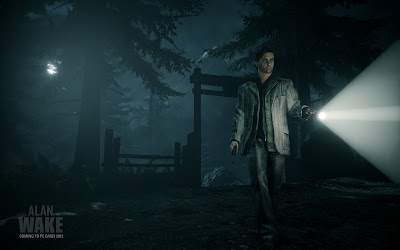 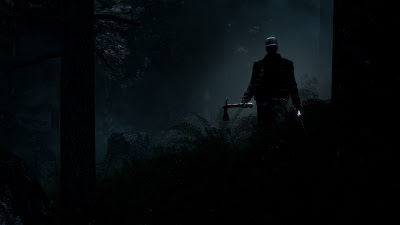 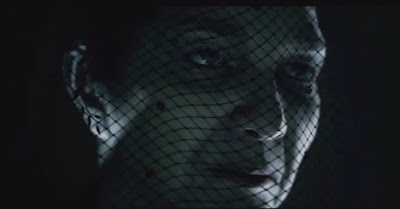 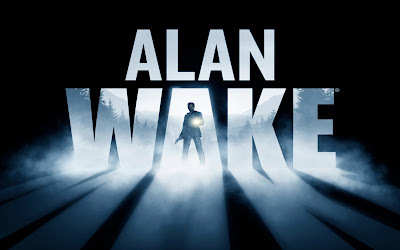 MOST POPULAR ON THE HORROR REPORTER THIS YEAR

News: 13 Reasons Why Season 2 - the Truth is Developing in Exclusive New Photos

The Horror Reporter has a lot in store for 13 Reasons Why fans, especially those who want dirt on season two, which debuts on Netflix on May 18th. So. Soon. Entertainment Weekly has your exclusive first look at the second season, which sees Hannah’s family and her school battling it out in court. No doubt classmates will be forced to testify and new secrets and mysteries surrounding Hannah Baker’s life and death will be revealed. Check out the link below. 13 Reasons Why season 2 first look: Tensions run high as trial begins
Read more

With just a little more than a week until 13 Reasons Why’s highly anticipated second season hits Netflix, fans can finally check out a full-length trailer. The last time we saw Clay Jensen, it seemed like he was finally starting to pick up the pieces after his life was shattered by the tragic suicide of Hannah Baker. His classmates, however, weren’t so lucky as their worlds were rocked by being publicly outed as playing a part in Hannah’s death in the tapes she left behind. In season two, it seems as if Clay isn’t going to be able to move on as peacefully as he had hoped and his classmates and those who were apart of Hannah’s life are going to suffer the consequences of their actions. Also, we’ll be hearing their sides of the story for the first time as the first season focused mostly on what Hannah had to say. Was Hannah telling the truth? Are there two sides to every story? Find out when 13 Reasons Why returns on May 18th. Until then, check out the brand new trailer be
Read more

The Horror Reporter claims no ownership of news unless exclusively reported.